Announced Samsung Recently, about its wonderful average phone, Galaxy A32 5G, with great specifications and prices, with a Dimensity 720 5G processor and a giant battery with a capacity of 5000 mAh, below we review with you the specifications of the phone with a full review, so follow us. 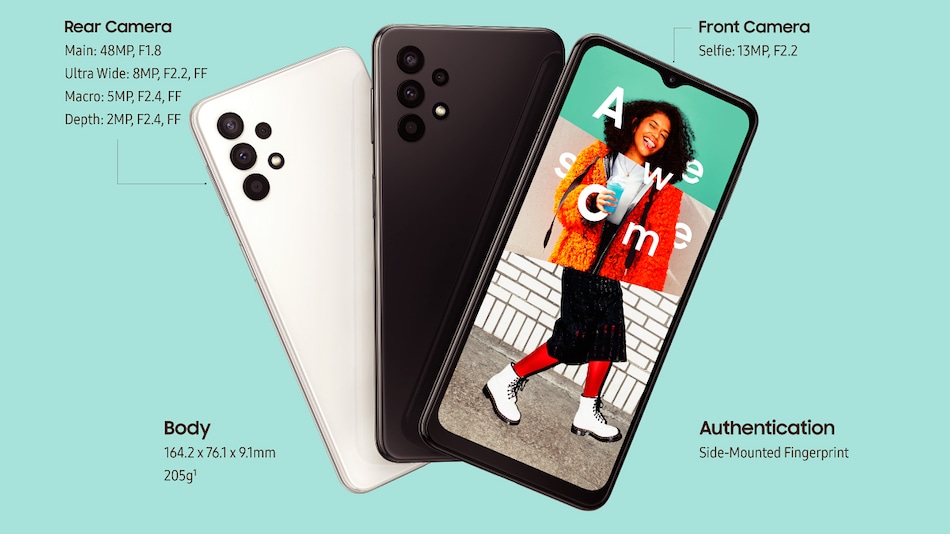 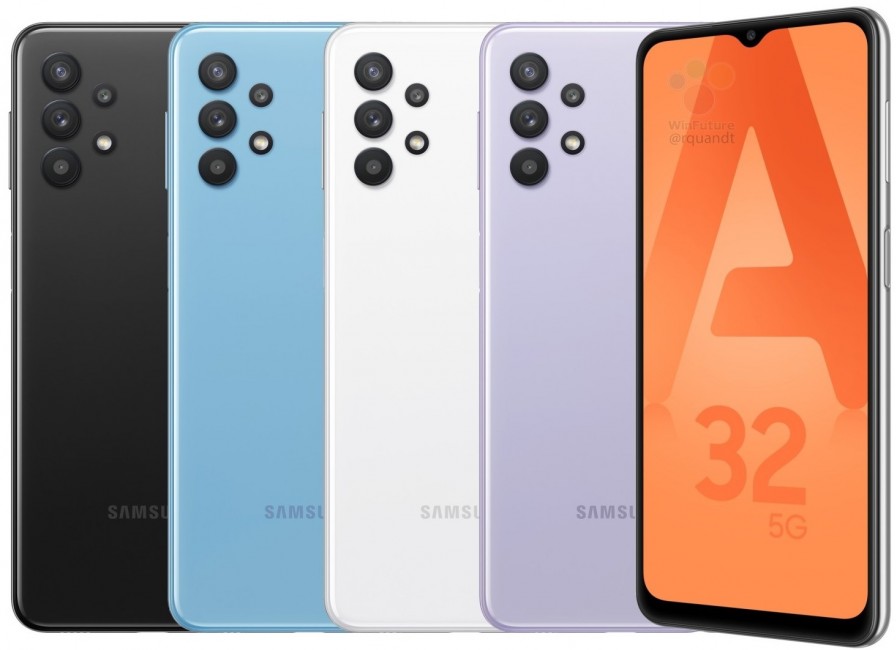 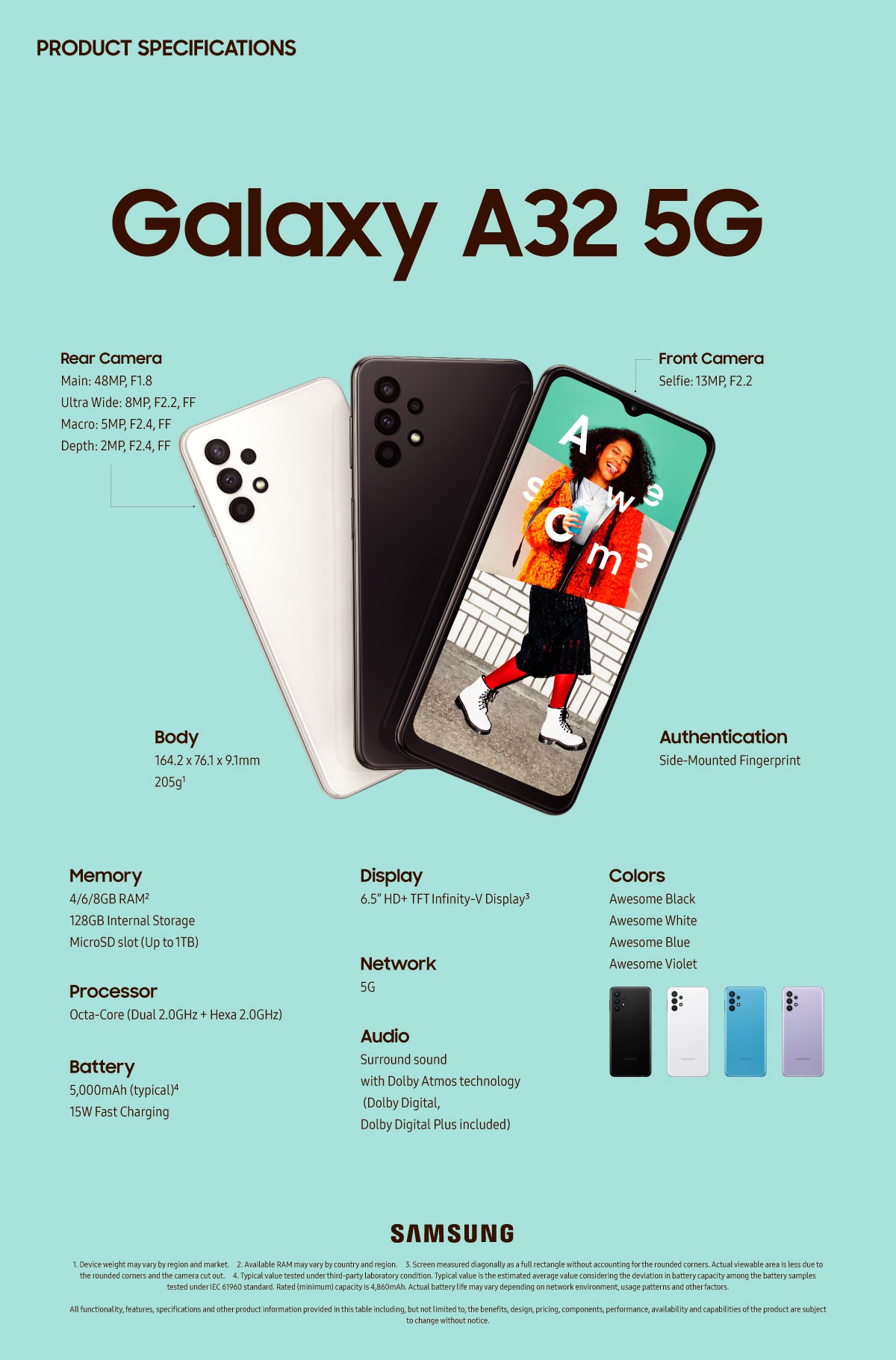 The company has adopted the design of the small upper notch, with the use of a plastic structure that gives the phone an elegant shape and high durability, and despite its ability to withstand fractures, shocks and falls accidents, it may not bear scratches and fingerprints that distort its appearance with use permanently, and it also comes with edges Plastic, so you may need a protective cover for the phone to keep its elegant shape, and you can use one of the waterproof covers if you need to because the phone is not resistant to water or dust, and you may need to install a protection screen also to protect the screen from scratching, and the phone also supports a sensor The fingerprint is on the right side of it, next to its support for the Type-C USB port for charging, and it also supports a 3.5mm jack port for the headphones.

The screen came with TFT panels, which is of medium quality, with appropriate and saturated colors, and it comes in a large size and is suitable for modern phones, and it supports new dimensions for display in the screens, and takes up a large area of ​​the front end with thin side edges, and in general it supports medium and modest quality To some extent, it is able to display the content in a clean manner with a review of the details, but it is not the best for the screens of this price category and for Samsung phones.

The phone features a MediaTek MT6853 Dimensity 720 5G processor for the middle-class upper class, where the processor comes with 7 nm technology, which helps it to provide speed in performance in exchange for also saving on battery power, and this chip comes with a suitable and fast graphics processor for games that can run games at high quality , In addition to the large random storage areas that facilitate the multitasking process on the phone, and the large internal storage spaces as well, which allow storing a lot of files without affecting the phone’s performance, and the phone supports an external memory port, but unfortunately it is common with the port of the second connection.

The phone supports a giant battery with a capacity of 5000 mAh, and it supports fast charging of 15 watts, and it can work for more than a day with moderate and random use, and the battery is one of the most important and prominent advantages of the phone, and it is fully charged in a short time.