In 2017 we got a game of puzzles and platforms in a dark atmosphere, Little Nightmares, by developing Tarsier Studios, which provided us with an experience different from anything else in the gaming market by that “Atmosphere” or the very strange atmosphere and world with its extreme darkness and unusual designs for video games and it was truly a very magical experience and In addition to that, the game presented itself as a puzzle game and very distinctive platforms also with its strange and vague storyline without much explanation, and now after 4 years from the release of the first game we get the second part, which completes the events for us, did the team offer itself glory with a strong experience, or is it satisfied with a game Featured first? Today we get to know the answer.

The second part of the game carries a new hero for events. Here we control this boy who puts a paper bag on his head. “You can change the headdress with the progress of events as it is one of the secret things in the game that you can collect” and his name is Mono, after waking up from sleep Mono finds himself with one Strange houses, and by wandering about it, he finds a little girl locked in a cage, and he frees her. “Hmmm, what does this girl see?” Their adventure begins with escaping from this place and avoiding the hunter trying to eliminate them until they reach the city, and from here we get acquainted with the basic idea of ​​this strange world where there is a giant broadcast tower and through television screens the inhabitants of this world are controlled and become on Mono and the girl who is with him “controlling it” Artificial Intelligence “Take this adventure to escape from this world. 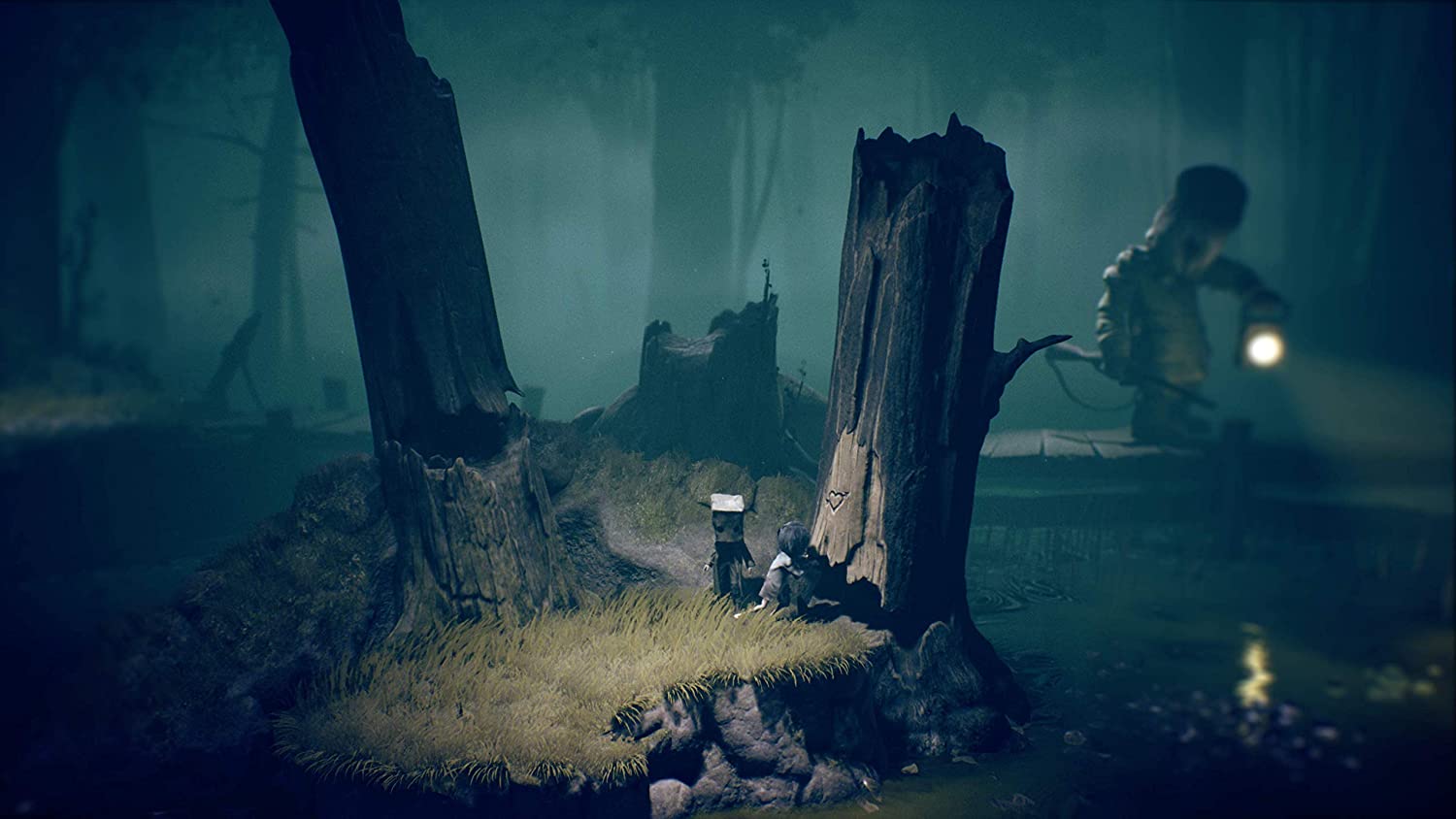 The idea of ​​the game is identical to the first part, you have to solve puzzles or jump between platforms to get out of those rooms and to advance to new places, the main addition to this part is cooperative play where you solve many puzzles in cooperation between the character of Mono and the girl helping, whether by jumping to farther places or pulling heavy objects together and other The ideas that we saw a lot in previous cooperative games are real. There are no new ideas here in ways of solving puzzles through cooperative play, but the story and interaction between the two characters is the main element between them to gain the trust of these unknown characters from each other and try to survive this strange world.

As we are playing this time with a boy, he is physically stronger than Six, the heroine of the first game, and therefore he has more properties than the ability to carry heavy objects such as a hammer or metal stick and hit enemies with it when needed and also the possibility of breaking doors to advance and there is also the ability to use the flashlight to paralyze enemies and prevent them from moving Where the enemies are affected in one of the areas by light, the adventure takes place this time inside the deserted city and we go through the first semester of it inside a school and what a teacher there are, there are many little demons, but they are not the biggest problem, but rather that teacher with a long neck and all the horror that you will get from her by trying to avoid her with every confrontation . We move after that to the hospital, which is the most terrifying part of the game with the face of a geek doctor and a lot of incomplete human parts, the game’s puzzles depend a lot on cooperation between the two characters to progress and many times you will find yourself playing alone for the girl to disappear for one reason or another here the game becomes very similar to the first part There are insane confrontations between the leaders between running away from them at one time and trying to eliminate them at other times, and what a wonderful feeling when achieving that, the game may sometimes be flawed by the difficulty of knowing how far things are from you because of the shooting angles so it is difficult to hit the enemies or direct the light on them and also throw things in the appropriate place or jump .

The game, as in the first part, introduces with it a wonderful and dark world that we do not see in video games, the majestic atmosphere the game offers makes exploring each new area is a wonderful thing in itself, depicting the city that is empty and rainy in a gloomy way, the development team creates a lot of creativity by photographing us, the game On the level of graphics, it is very distinguished by the “art” that it presents and by presenting a world that we cannot imagine in this way, with all its darkness and depression, also the music of the game is so distinctive that it sometimes helps us to solve puzzles. My constant advice to you, especially in the areas of the last game, is to listen to music With great focus. The game is a single player game, there is not a lot of additional content in the game apart from collecting some secret accessories, also the game, as with the first part, is not long at all and can be completed within a period of 4-5 hours of playing, the game does not provide an explanation of the story and you have to try to conclude all Something yourself or read it on the net, Little Nightmares II game offers with it a very distinctive experience for fans of puzzle and platform games and most importantly for fans of survival and mystery games, with an enchanting world and an atmosphere that we do not see much in games, this game offers a very distinctive experience.

This game was reviewed for PS4 with a version provided by the game’s publisher prior to its release.

Samsung Galaxy A30 price and specifications

Samsung Galaxy A30 price and specifications