At the beginning of the movie review The Tender Bar, it can be said that in many cases, inspiration may come to become people with certain advantages from those around us or through our vision of many things and phenomena that can make a difference on us and through which are the great motives to achieve what we want to achieve, and also higher ambitions more and more In order to form the identity from which others get to know us, and this is a social base that is greatly tangible in our reality and with many models, whether from the environment of those we know or others who carry success stories as a result of factors that inspired them to what they are now.

Don’t look up movie review – about affliction and careless waiting

In the movie the tender bar, director “George Clooney” presents a true story inspired by the memories of a young man who went through many situations under the care of his loving family until he achieved what he wanted and realized his goal, which “Hollywood” remembers, with a relatively good dramatic work that presents a personal study and continues in many Details in the original notes, and in an acceptable order of events and narrative context, is well suited to its presentation.

The story of the movie The Tender Bar

events take place The Tender Bar . movie In 1972, J.R. Maguire, who went to live with his father in his grandfather’s house in “Long Island,” and is related to his uncle “Charlie,” who succeeded in making up for his father’s absence because he was busy with his life and his job as a radio announcer. Uncle Charlie, J.R. began pursuing his dream of becoming a writer.

The script of The Tender Bar accompanies the viewer inside the events from the beginning without relying on flashbacks, and with a guarantee of easy follow-up of events and an understanding of the situations that JR is exposed to in childhood, especially in his relationship with his humanitarian uncle “Charlie”, which forms the backbone of the tender bar, including It reflects her importance as a defining factor in JR’s future life and what he would like to achieve for himself when he reaches his age.

One of the advantages of the work is that it is not satisfied with one type of film and presents it, and talking here about drama as the basis for the formation of The Tender Bar in all its anecdotal aspects, but rather presents at the same time and at a large stage within the events the so-called “Coming of Age” or adolescence period that we are addressing Through it about the lives of young people and their relationships with their friends, romance as well, and the difficulties and obstacles they face later on in order to reach their goals, this was done with great transparency within the scenario and with a remarkable balance between that element and its counterpart based on the duality of “JR” and his uncle “Charlie”.

Some may fear that the events of the film may not move forward or revolve in the same circle in which the script has included its events, but he made his focus on the characters his preoccupation in order to present his message and emphasize the idea mentioned in the first paragraph of the review, and this is what he actually succeeded in Although his chances of being nominated for an Oscar for the script have diminished, his presence in the awards season remains a visa to give him the opportunity to watch at the time of its release, especially that it includes an elite group of Hollywood filmmakers, such as the case of “George Clooney” and “Ben Affleck”. 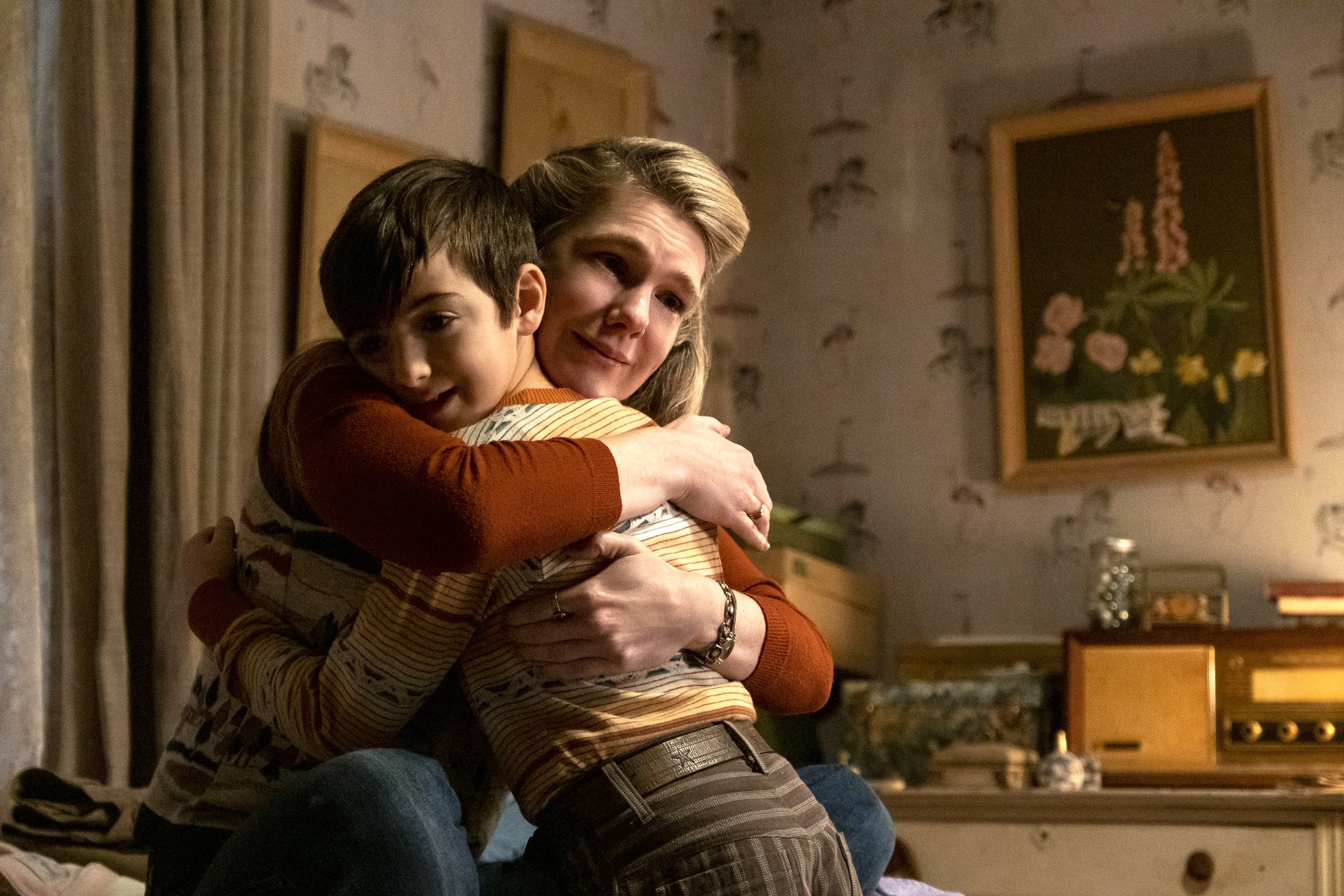 Directly, “George Clooney” did not need much effort in order to present the movie “The Tender Bar” in the way it turned out, he only needed to adjust the pace of events and maintain the dramatic rhythm in a way that is not at all inclined to melodrama and emotional distress, and this is what succeeded. In it greatly, in addition to being able to evoke the spirit of the seventies period in which the events take place through decoration, fashion design, makeup, etc., of course, “Cloney” will not be able to be nominated for an Oscar with work or in directing as a personal achievement, but “Cloney” remains as a great actor He is an accomplished director at the same time with the tools to make a movie that is highly watchable.

Of course, “Ben Affleck” attends strongly with a good acting Oscar and a strong presence without any exaggeration in expressions and emotions, as we find him wearing the dress of a mentor, lover and friend of his nephew and with a high sense of drama and sincere in all his features, fully emphasizing the talent of “Aflick” who wasted time and nonsense The world of “DC” cinema, there is also a good appearance of the young actor “Tai Sheridan”, who is not the first time he appears in the dress of a teenager and presents it with the same dedication, as he previously played a similar role in the movie “The Card Counter” and excelled in it with the same what he presented here in The movie The Tender Bar.

In conclusion, The Tender Bar may not be among the most important films of the year, but it is a good experience that re-introduces the star “Ben Affleck” in the dramatic works that he is distinguished by, and clearly and clearly presents a realistic idea that affects the lives of many.

Spencer movie review the princess Diana She is one of the most media-attributed figures in her time and after her death in the history of the British royal family. Despite

At the beginning of the movie review of The Worst Person In The World, it must be said that the most difficult thing that people can go through is psychological

the hand of god movie At the beginning of the review of the movie The Hand of God, it must be said that it is known that creativity in formulating