At the beginning of the review of the matrix resurrections, it can be said that opinions always vary between supporters of the idea of ​​returning to the past in cinema and reviving its most important and prominent legacies anew, and opponents who believe that the best is to create an original idea prepared to carry with it the necessary fun and the ideal story that reflects a creative imagination And a different cinematic language in every work and far from quoting or transferring from other sources and titles, especially when it is based on old business ideas that have enjoyed their share of success, appreciation and negative criticism from some and positive from others.

Speaking of the “The Matrix” series, the audience and critical ratings varied between a distinct and unique first part in every detail, a largely good second, and a frustrating and unwatchable third, so it makes sense that more of these films should not be presented. Films as long as the reasons for the success of the first part are not relied upon, and the inappropriate stretch, whether at the level of ideas, story, and so on.

But Warner Bros. has another opinion, which ironically this year was not successful in many of its production and cinematic decisions, or even with regard to the mechanism of displaying its movie calendar, as it is announced that “Lana” one of the Wachowski brothers has returned to take charge of directing movie the matrix resurrections The fourth part of the series, and presenting another new opportunity for it. Perhaps Oasi will enjoy the audience, who may have forgotten the events of the previous three parts or the series as a whole, if you will, especially when its two distinguished stars, “Keanu Reeves” and “Karen Ann Moss” meet, and with the presence of the most important personalities of this world who We know them before in the trilogy.

But the matrix resurrections was not a good step that restores the series’ luster, or sets a new foot for different ideas that make a qualitative leap at the level of ideas and narrative formations. Rather, there were many flaws that may not make the film an artistic disaster that is not new with the opportunity to watch. Rather, it was not He succeeds in overcoming the barriers of the previous parts, and presenting something special that deserves to be waited for for a long time in the hope that he will succeed in reviving the series with a good job in all its elements.

Storyline of the matrix resurrections

The movie the matrix resurrections takes place sixty years after the third part, where we see a distracted Thomas Anderson living a normal life, but surrounded by nightmares, successive thoughts, and previous memories. to a large degree.

The problems with the matrix resurrections lie in the over-reliance of the script on the elements of the previous parts, as if it was deliberately reminding the audience who did not like the second and third parts that the adoption of the new film will depend mainly on the details of the previous, or it can be said that there is a lack of presenting a great momentum of the new details that It gives the series a strong impetus on the level of the story and events.

By analogy with the last point, it is indeed what happened when the script tried to provide the story with some extra details, but failed to make it understandable and logical and easy to communicate with or realize its importance. It was not unique at all, and even the way it was presented was based mainly on dialogue and then the dialogue that pushes the events based on the interconnection of lines of previous ideas in the viewer’s mind, so it is easy for him to understand what is presented in the matrix resurrections.

And the flaws do not stop there. At the action level, the matrix resurrections lacks epic scenes that rely primarily on fighting and hand-to-hand clashes. Here, director Lana Wachowski resorts to using visual effects in action and movement ideas that were very intense and disturbing at the same time during Watching, and in order not to understand what is being said wrongly, there are scenes of kung fu fights in the movie, but compared to the content of previous films, they are not of the quality and mastery that the trilogy enjoyed despite its negatives. 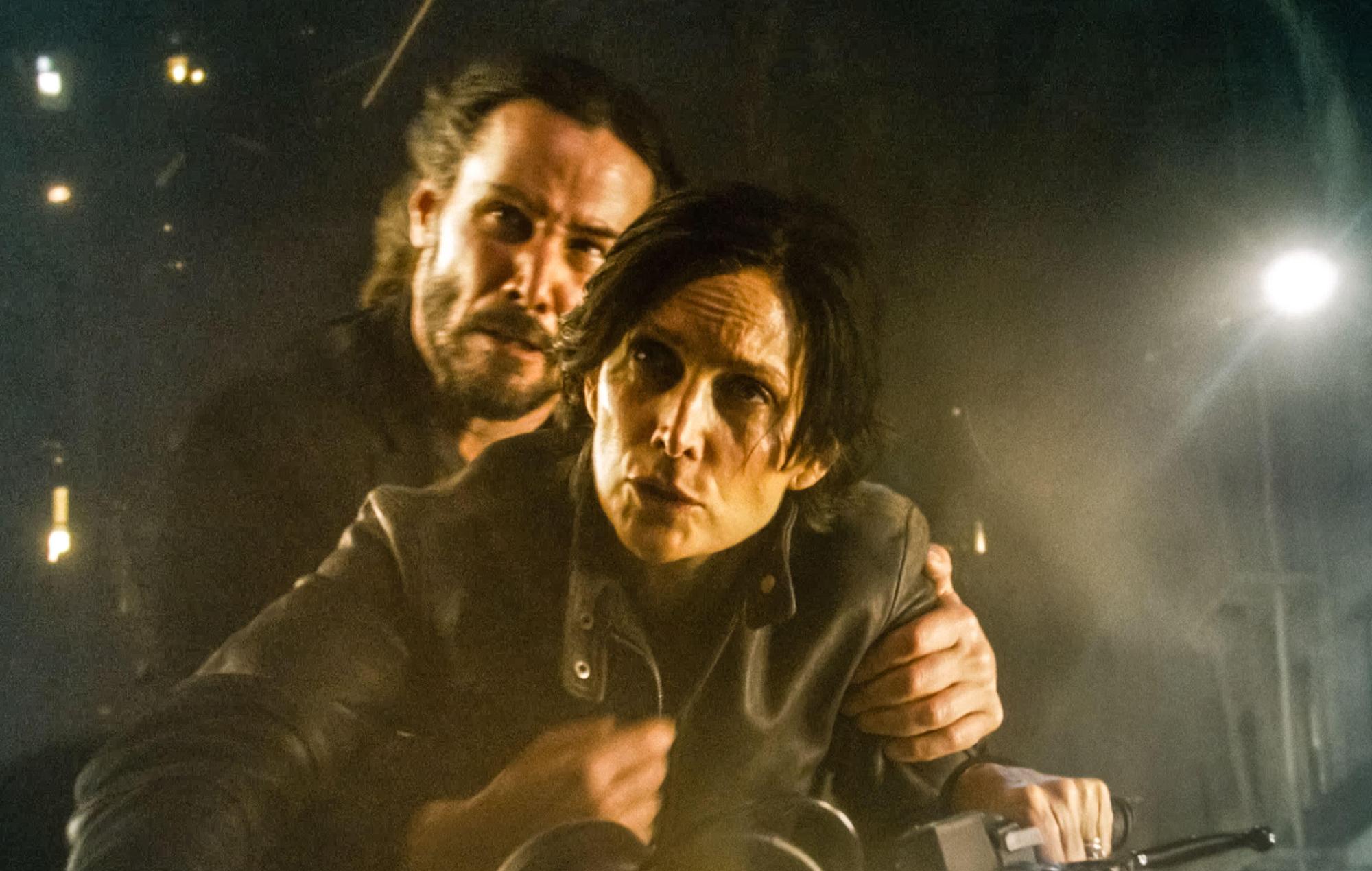 What saved the film, of course, is the duo of the two stars, “Keanu Reeves” and “Karen Ann Moss”, who still maintain their harmony in the past at the level of drama and dialogue, and they do not show signs of aging or change in appearance and lack of physical tenderness in the action, as for the characters The other and the best of them is the appearance of the young actress “Jessica Henwick” in the role of “Bugs”, which is the new and good element in the film and from which we can understand some of the facts of the film and what he wants to say.

Also, the performances of “Yahya Abdul-Mateen II” and “Jonathan Groff” were good in the roles of “Morpheus” and “Smith”, but they did not provide any additional and different dimensions from what was presented by “Lawrence Fishburne” and “Hugo Weaving” before. It is better to invest the two talented stars in new roles other than “Morpheus” and “Simth” so that the viewer can greatly appreciate their efforts in the film, as the new character “Neil Patrick Harris” was introduced, through which he appeared with a different nature to his lightness in general , and succeeded in embodying it successfully.

In conclusion, there may be an extension of what was presented in the matrix resurrections in other parts according to what the American box office will turn out to be, but given the data and details of the work, in addition to the unsuccessful decision of “Warner Bros.” to screen the movie on the “HBO MAX” platform. This end may not be achieved, and there will be complete sufficiency with what was presented in the series over the course of four complete parts.

At the beginning of the movie review of The Worst Person In The World, it must be said that the most difficult thing that people can go through is psychological

Spencer movie review the princess Diana She is one of the most media-attributed figures in her time and after her death in the history of the British royal family. Despite

Prepare Majid Al-Kidwany One of the most prominent Egyptian actors in recent years, besides his unique talent, he is also good at choosing his works to appear in the best